Born in Ferrara, Italy, in 1987, Fabio Selvatici has been working in graphic arts since he was only 13 as a freelancer. Unbelievably enough, he is self-taught. Although his incredibly surrealistic images may appear to be ultra-realist paintings, they are in fact intricately beautiful photo-manipulations.

“The Traveler” from the “Obscure” series 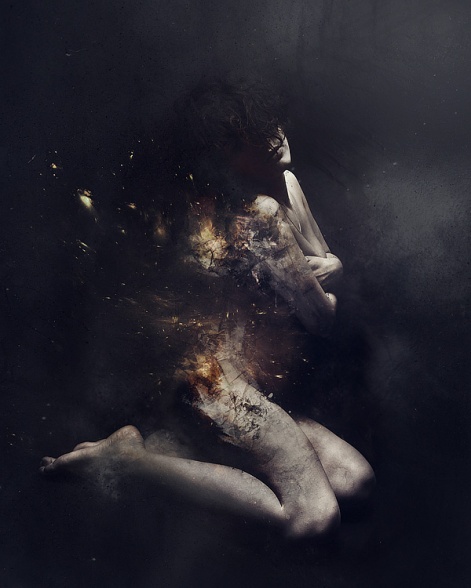 “Hope” from the “Obscure” series

After a few years of freelancing, Selvatici turned to web design and doing commercial projects on a national level. In 2010, he decided to marry his artistic sensibility to his technical skills with digital equipment and began creating his own works of fine art, parallel to his commercial projects. In his works he uses traditional means like acrylics and ink over previously digitally-altered images.

Fabio’s work is centered around virtually perfect female bodies, which he then puts through a distressing but graphically beautiful process of deterioration and disintegration. On his official website, Fabio says, about his use of both traditional and digital media, that “the combination of these techniques allows me to create effects of visual impact that act directly on the physicality of human subjects depicted, emphasizing them in a Gothic, deliberately grotesque and extreme style, invoking the inner drives of the human soul, the travails of the psyche and their inadequacy in relation to the claustrophobic environment that oppresses them.”

A detail of “The Beginning”, from the “Cellar” series